Palestine Will Be Free

Friendship Garden Game Developers stands in solidarity with Palestine and supports their right to self-determination, self-defense, and reparations. It has been harrowing to watch our rhetoric sour and distort into claims of ‘terrorists vs. nationhood’ and ‘Islam vs. Judaism’ as ordinance rains down on the Palestinian people. Make no mistake, this is an issue of colonizers against the colonized, and as an organization rooted in restorative, intersectional, abolitionist practice, we stand with those who have been displaced, oppressed, and mascaraed.

The roots of the crimes committed during the Nakba and continuing to this day are white supremacy and trauma — the former being a force that must be eliminated and the latter being a wound that must be healed.

As a Jew, it takes every fiber of my being to stand firm and shout “Free Palestine” because as I utter this righteous declaration, my body is wracked with fear. It is a fear that is mine by blood, it is fear born of great trauma, and it is a fear that has been passed down to me from generation to generation. This fear of extinction is born from 2000 years of torture, murder, and expulsion, of pogroms and genocide, and of antisemitism tacitly condoned worldwide — which is to say, it is a fear born of massive trauma. This is the fear that gave rise to Zionism, a trauma response by an unhealed people who, seeing the callousness of the world towards our plight, began to think, as so many others with similar trauma stories, that separation from that world was the only solution that offered safety and the chance at continued survival. This is the fear that white supremacy has exploited since the Balfour Declaration in 1917 to galvanize the Jewish people into furthering the Western Nations’ agenda in gaining a foothold in the so-called ‘Middle East’ and in annihilating those that are not White and not Christian.

And thus, in 1948, Israel was born in an unceasing flow of bloodshed and oppression. Israel though, is not the Jewish People, and we, as the Jewish People, must stand against the crimes of apartheid and genocide, against the destruction and terror of the Israeli Defense (or more accurately, Occupation) Force’s annual torture of thousand of Palestinians, their bombing of civilian homes, and their forced evictions of Palestinians from their rightful home, and we must stand against Zionism and the Settler Colonialist project of Israel. We must acknowledge the trauma and fear of extinction that lies deep in our veins and decry the actions we see it cause. We must stand firm and declare that fear and pain from attempts at annihilation do not excuse the destruction of another people.

Friendship Garden Game Developers is not a Jewish organization. It is, however, an organization that knows the only path to a sustainable, inclusive world is one of healing, and that healing can only start once the violence, both structural and interpersonal, is over. It is healing that we call for, and all the steps necessary to reach the point of healing. We call for the cessation of funds to Israel’s military occupation force, the trying of Israel for their ongoing crimes against the Palestinian people, the funding of relief efforts to Palestine, the abolition of the Israeli-occupied Palestinian state, the protecting of rights of Arab-Palestinian citizens of Israel, and, most importantly, the confrontation and dismantling of antisemitism and islamophobia such that these atrocities will be so lost to time that they become utterly incomprehensible. We extend our hearts to their fullest as we demand the reparation work to heal the three generations of Palestinians born and raised under constant threat of violence, displacement, and death by the Israeli colonizers and to the Muslims and Arabs worldwide who have watched such violence be condoned by their state. This work of repair and healing will not be easy, but it will be necessary. Perhaps, with love, understanding, accountability, reparations, solidarity, and play, we can make our way, collectively, to a brighter tomorrow for us all.

Palestine Will Be Free 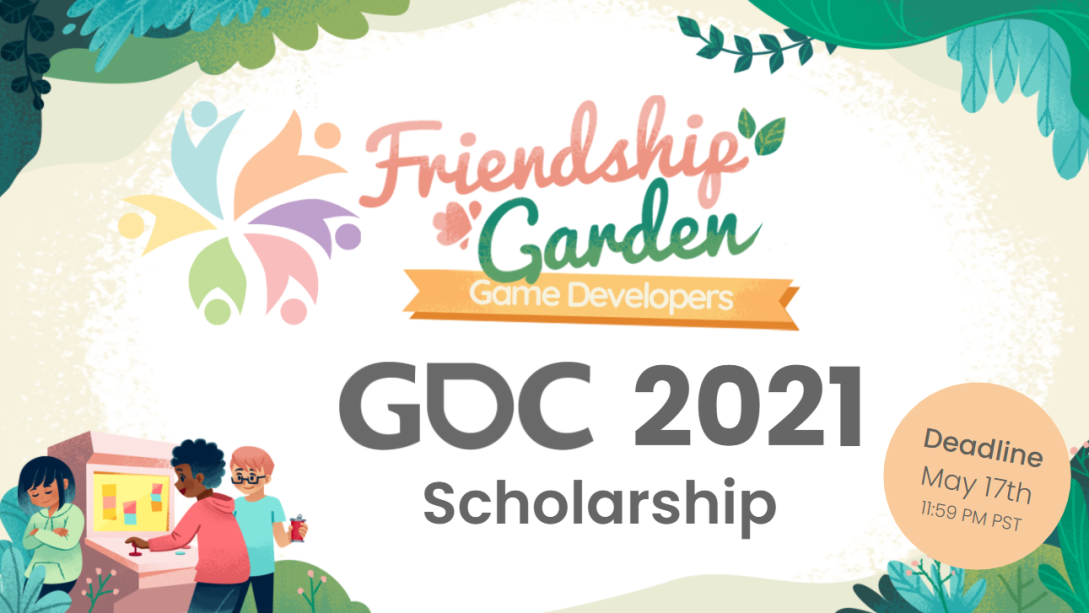 Application deadline: Monday, May 17th 11:59 PM PST. In accordance with our mission to empower game developers from...